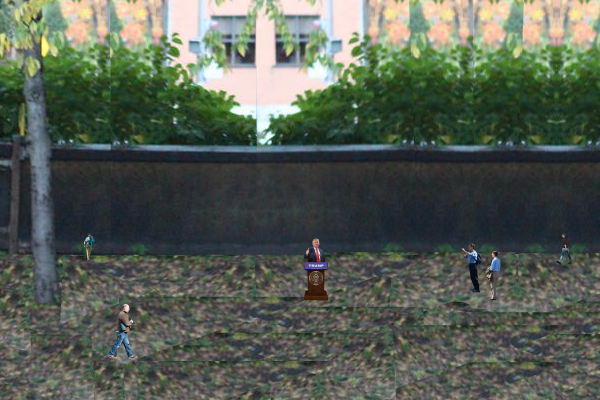 
As you know, when I am elected President of the United States, I will be building a wall on our southern border. This wall will be the most amazing, enormous, and luxurious wall that has ever been built. I have had my people scanning the globe for a fabulous wall to serve as a model. Today I am in Québec to present this wall behind me to the American people. Of course, many people in the construction industry are already talking about it. And me. I imagine they are probably saying: "Trump has done it again."

Sources inside the campaign confirm that a team of Trump specialists have been dispatched to study just what makes this wall so enormous, despite its seemingly modest physical dimensions.
Posted by george joeckel at 10:14 AM

george joeckel
I am a Web Accessibility Specialist at WebAIM.

I also volunteer at the Salsa project.